We’ve been a to a lot of places this trip, and have experienced myriad climates.  But we had not ventured into the allegedly best weather in the country.  So we HAD to go to San Diego to see if it was true.  And, by golly, I suppose it was.  The waters of the Pacific are generally a little cold for my taste, but HAVE MERCY the weather was beautiful!  We procured a spot on a small strip of land in between San Diego Bay and the Pacific called Silver Strand.  Brother, I’m talking right on the beach for four nights, and we spent a wonderful few days enjoying the best that SoCal had to offer.  If you don’t count not fixing the gearbox on the slide motor (see a theme here?), this part of the trip was pretty much perfect. 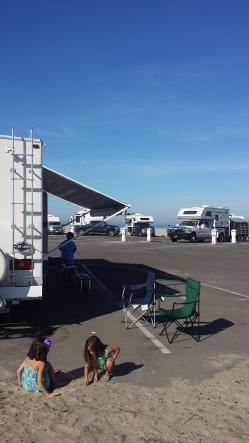 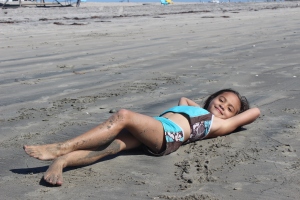 After kicking it on the beach for a day and a half, we headed into town to visit Old Town San Diego.  Often considered the birthplace of California, San Diego was the first Spanish settlement in the Golden State (ca. 1760s).  Some of the original areas of commerce and law are represented in a tourist-trappy yet quaint and enjoyable town square.  It was a really cool place to spend the afternoon.  And it was just a block or so from the Rockin’ Baja restaurant.  Which is worth mentioning because they make insane lobster tacos.  That’s right.  Lobster tacos.  Mic drop. 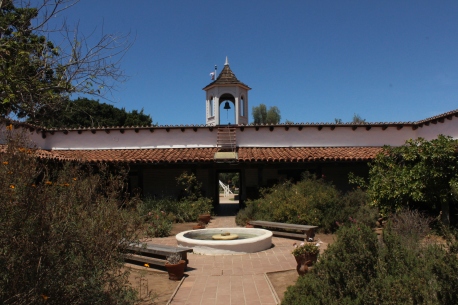 The following day, we met up with Chris (of Cheeseburger fame), his wife, Monica, and their always smiling daughter Penelope at the San Diego Zoo.  The girls got along instantly, and everybody had a wonderful at perhaps the country’s finest zoo.

Lots of wildlife at this place.

Of course, the zoo’s most famous resident.

The sun was hot, but the shade was pleasant.  We really had such a blast in San Diego.  We are confident that we will spend some more time later this year on the next trip.