Well, maybe not the “Love-in” we were hoping for, and I don’t think any of us had flowers in our hair or beards, but we were ready for the Golden Gate City.  I flew into LAX at 6am, Thursday, May 21.  By 8 o’clock, Rosemary had thrown up, I  ripped a part of the metal trim from one corner of the RV on a telephone pole, I purchased a new and unnecessary water filter because I didn’t check ours for STICKS, and I had to own up to the nearly $300 bill that we incurred and the oil change/storage facility.  But that was just another day on the road!

We made it from the sterile traffic patterns of SoCal into the busy mist of San Francisco by mid-afternoon.  Parked, set up, and made our way nearly a mile away to the ferry that would sail us across San Francisco Bay.  Another two miles of walking across Fisherman’s Wharf and we found Pier 39, fish tacos, and scores of sea lions!  We would like to spend more time in the Gay Bay, but our visit coincided with Harvey Milk Day, and well, lets just say, that ain’t a festival for the kiddos if you know what I mean.  Anyways, the following morning, we drove to the Golden Gate Bridge (something we almost didn’t do), and jammed the theme song to “Full House” the whole time.  I sure had fun.  Not sure everybody else enjoyed that piece of nostalgia as much as I did.

It was rather windy on the ferry to downtown San Fran! 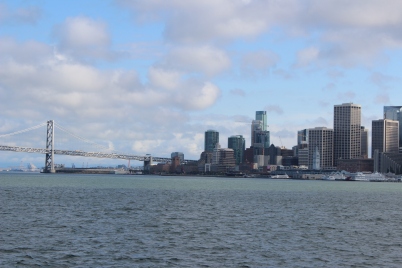 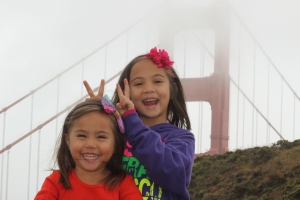