Gail and I have had a great week here together. We started off taking it easy Monday as they were generating on the Fork. I did mow the yard at the trailer.  Then we did one of our favorite things we attended the weigh-in for the Bassmasters Elite series on Bull Shoals. It was awesome. Guy on the right was the winner Jason Christie.

The fishing for me started on Tuesday.  I was out early as they were not generating. I didn’t know it at the time but I was being “set up” for three great days of “catching.” Slipped down to our “favorite spot” and stayed there all day. While it was crowded at the dam and the handicap access there was not much traffic where I was. Saw Dominic from Two Rivers and a couple of kayakers.  They were taking the usual fair midges, sow-bugs, etc. It was steady action all day. I’ve said it before but since the expansion of the C&R the average size of the fish has increased at least three to four inches with some much bigger thrown in. Got mostly bows but a few browns. The cutts which have been so prevalent were nonexistent. I did see some up stream. Just before they turned the water on they went nuts top. They were taking caddis on just about every cast. 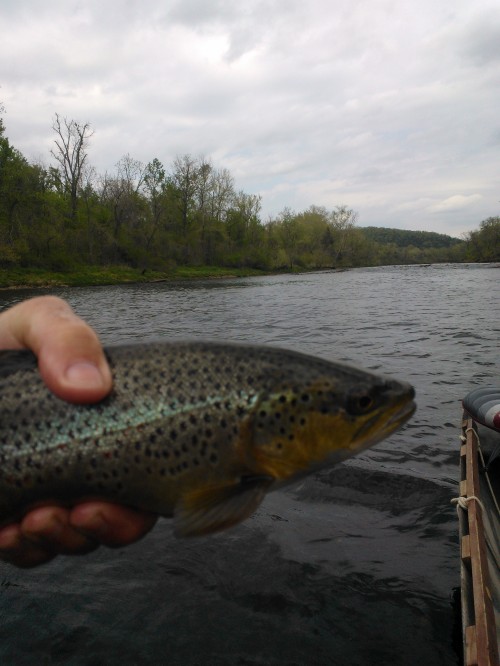 Wednesday they ran water until 9 a.m. This makes for a pretty nice day. Don’t have to get out so early but still plenty of time to fish. Saw Chad Johnson at the boat ramp and later on down river. Same song second verse. It was crazy just fish after fish. And just when I thought it couldn’t get any better 3 o’clock! I have never caught more fish on top. This time they wanted a #14 BWO. 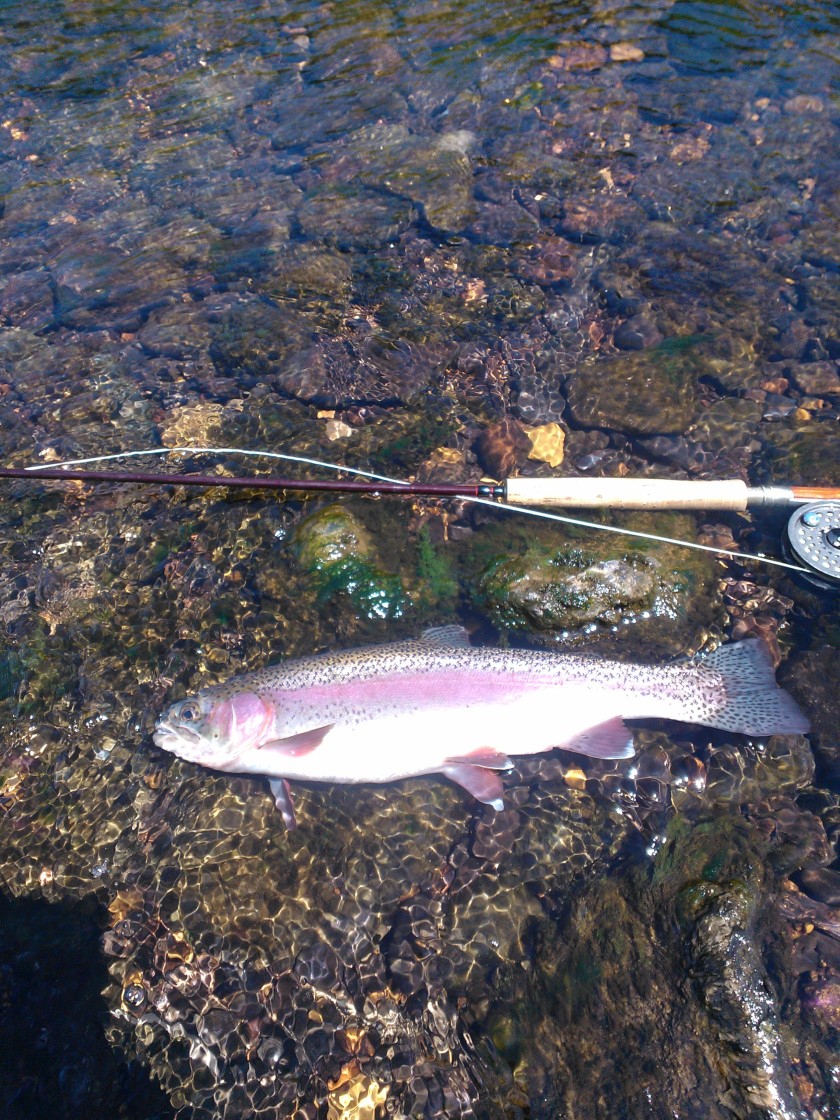 Back at the trailer Thursday. Wish it would sell. Turned the water on to check for leaks. It is in good shape.  Did do a little tractor work around the house.

Friday’s weather sneaked up on me. They were suppose to be off until 4 p.m. and I thought I’d make a day it. The thunder rolled me out of bed! It let up about seven so I went to the dam. Not a soul any where to be seen. Still looked bad so I tried the feeding trough. Pretty steady but also pretty small. Cleared up so I put the boat in and headed downstream. Got to fish a couple of hours before being run off by weather. It’s getting a little old by now I am sure but third verse. It was “hot.” I did not feel too bad about having to leave as  got the big fish of the trip.

I did set a record for forgetting my camera. All these pictures are from my phone. 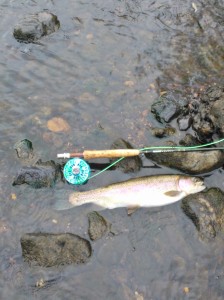