November 13, 2014 lanebrent Blow Up Your TV Leave a comment

Despite my time spent in hallowed halls of learning analyzing the depths of American history, I’ve never been overly enamored with military history.  Or the Civil War itself, in general.  I think that wars are generally won before they are fought, and that unexpected victors and vanquished are rare.  Personally, I feel the events leading up to the war itself and the abysmal aftermath that was Reconstruction hold much greater sway on the subsequent trajectory of the nation’s structure.  HOWEVER, that does not imply that I don’t care at all, nor would I ever neglect to take an opportunity to visit a place like Gettysburg, Pennsylvania if given the opportunity.  And these past two days, we devoured us some Civil War.

After braving the hostility of the the Metro D.C. traffic, yesterday we emerged from the blur of concrete and buses into the charming rolling hills of eastern Pennsylvania, bound for the most famous battlefield on the continent.  While we were reluctant to drive the beastly RV through the narrow roadways in Gettysburg, we had become so confident driving this thing, we decided to make the trek around the park after checking into a couple of visitors centers.  Before the drive we sat through a rather enjoyable presentation with the Gettysburg Diorama, one that was so captivating that Rosemary demanded to see it to its conclusion. 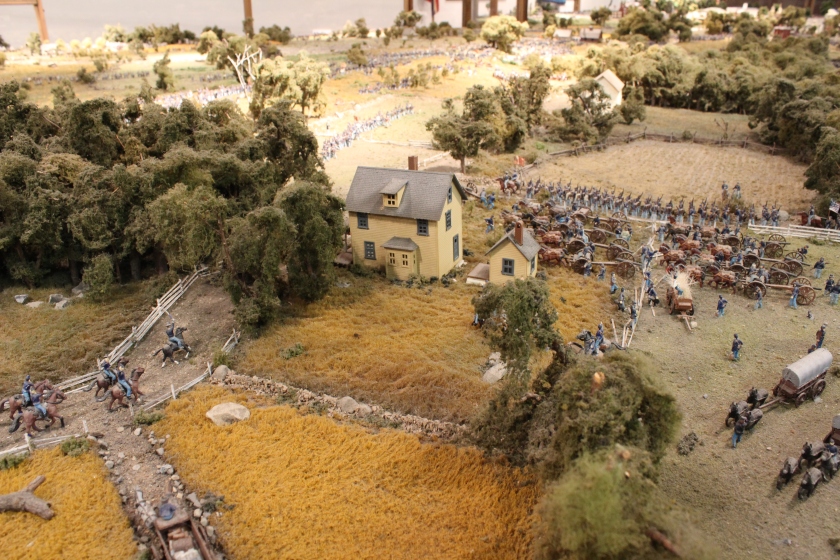 Now Gettysburg is easier to see in its entirety because it was such a small area as opposed to something as grand as Vicksburg.  Much shorter too.  Viewing the diorama added intimacy to the drive around the battlefield.  Everything made sense geographically. 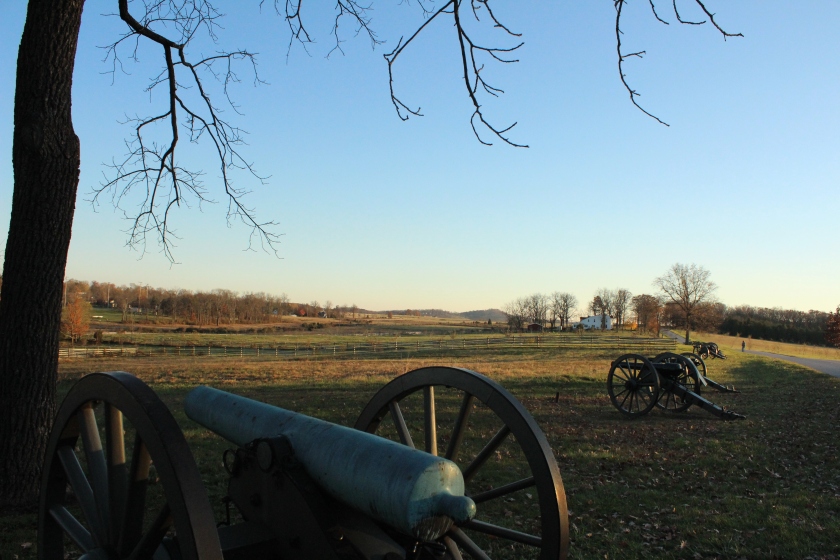 the western genesis of Pickett’s Charge from Seminary Ridge …

and Little Round Top. 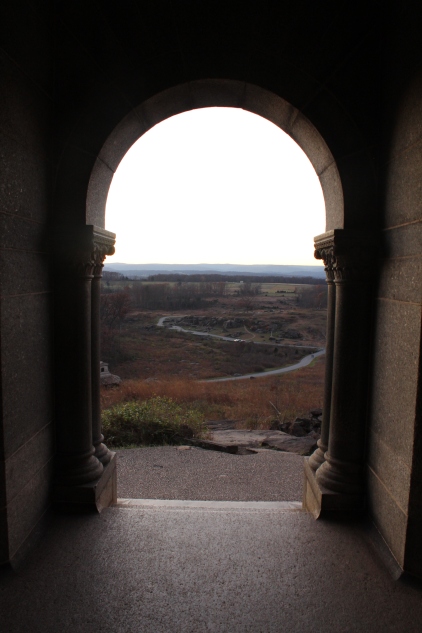 We made the drive at the Golden Hour, and it was stunning.  Winter is creeping into the northern Blue Ridge, but a scattering of colors are fighting its icy clutches.  The vanishing sun and brisk late-autumn chill made for a marvelous, if somber, tour.  We ended the drive at the “castle” memorial to the 44th New York at Little Round Top (pictured above).  While there, a random flutist wowed us with a handful of war-era tunes.  Some happy, some melancholy, all pretty sobering.  As the notes drifted and danced over the battlefield, one could envision the sporadic flares of campfires born after the bombardment was interrupted for a doubtlessly restless evening.  It was glorious.  Chilly, gloomy, and glorious. 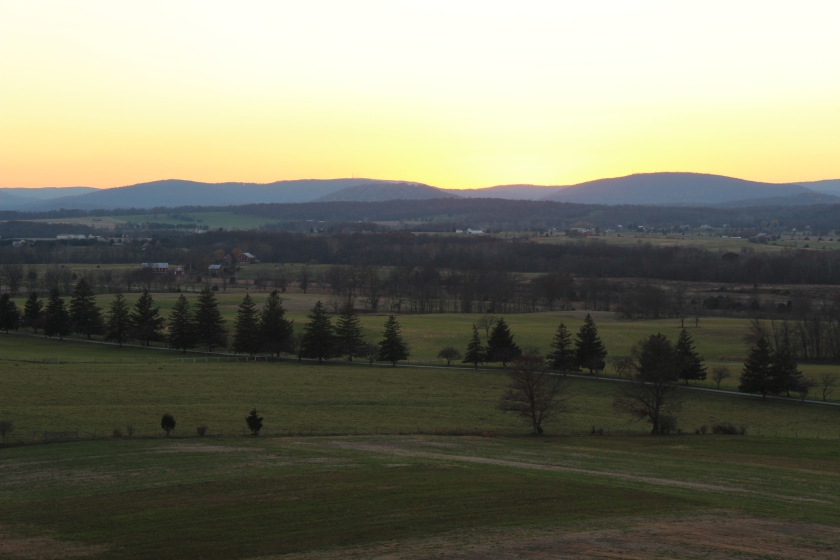 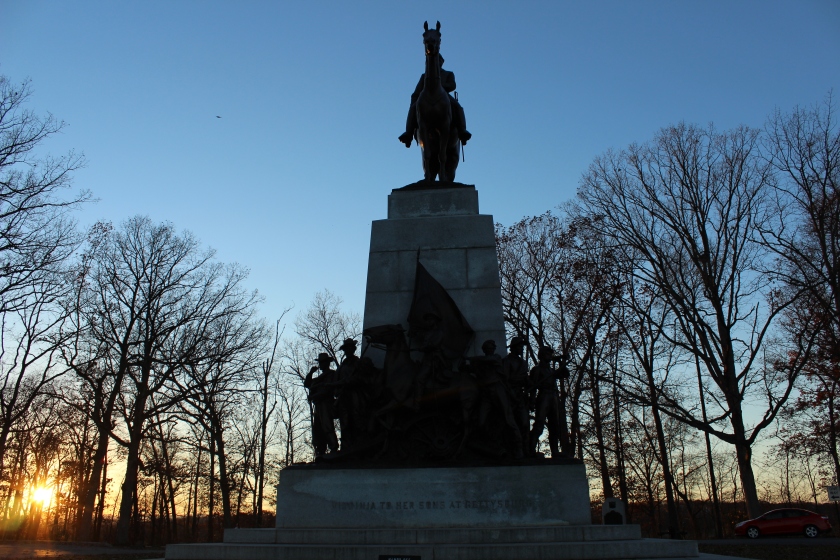 Snow began to fall that night, and in the morning we were greeted with the frigid wetness that accompanies the arrival of Eastern winter.  Fittingly, we visited the soldier’s cemetery and the alleged spot where Lincoln delivered his famous address.  We finished our Gettysburg excursion at the largest memorial in the park, the State of Pennsylvania Monument.  Over 34,000 Pennsylvanians joined the conflict and victoriously defended their home, forestalled Lee’s invasion of the North, and helped turn the tide of the war.