Plans are already well underway for the 2012 adventure(s) in Alaska.

The first big move actually began in December when we were in Anchorage for the birth on Caroline our number 9 grandchild. While pondering the rental of an RV for the month on June we decided on the alternative of purchasing a used one! Checked out www.alaskslist.com and found just what we wanted in Eagle River. After a couple of visits and inspections we struck a deal with Matt the owner for not much more than the price of a months rental.

Here are a few pictures. 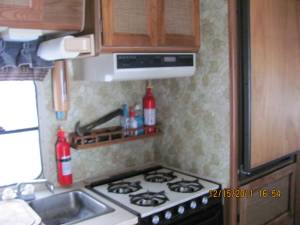 The funny part of this whole deal is that while we placed a down-payment on the RV in December it was the middle of April before Matt could get it down off “the mountain” for a test drive. Bent picked it up drove it to Anchorage and back and made the final payment! Can’t wait for the first camping trip.

Brent and I are some excited about our rafting/fishing trip on the Alagnak in June. We are doing a self guided trip. (It helps that Brent and Bregitte have done this once before. I jus bought a new pair of wading boots as you cannot wear felt sole boots in AK anymore.  Getting some new clothes etc.

Here are some pictures from the trip to the Alagnak Lodge David and I made in 2008.

This is where Brent and I will be dropped off.

This is the confluence of the Nonvianuk River where it intersects the Kukaklek River both named after the lakes they “drain.” 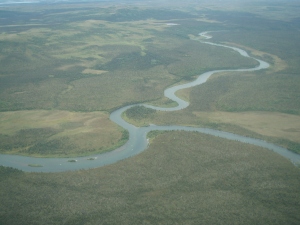 The infamous Braids of the Alagnak River.