We have been without internet capability for the last few days will try to do btter!

Well Gail and Janis made into Anchorage sake and sound PTL! We spent a few days in Anchorage and on Monday, July 5th we headed to Cooper Landing and the Russian River campground. We decided to go down and scout out the terrain and the river looked great. There was a decent run of reds (sockeye salmon) going up river and we saw several hook ups. This time of year is the period between the early run and the late run of reds on the Russian. It has been a very “poor” early run and this is not good for salmon or trout fishermen. The trout follow the reds fewer reds fewer trout. Oh well.

We fished on Tuesday and it was slow. Only had a few hookups and only a couple of fish to hand. Wednesday was a repeat.

Brent, Bregitte, and Rosemary made it in on Wednesday night.  We left for Homer on Thursday hoping that Brent can come up with a succesful game plan for when we return Friday afternoon.

We stopped in Girdwood on our way to the Kenai. 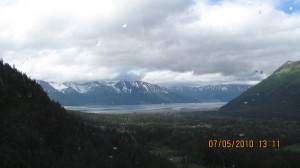 Gail and Janis took a day trip to Seward and Fox Island. 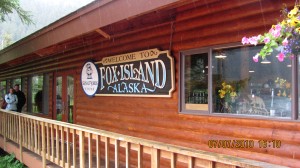 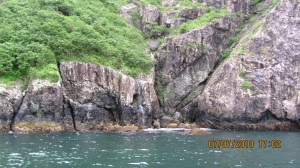 Since there are no pics of fish here is some more wildlife we have encountered. You can’t be too disappointed when surrounded by such beauty! 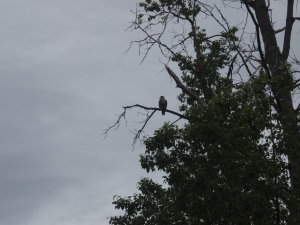