We have been wanting to go to Montana for several years but things just never seemed to work out. But…

Psalm 37:3–4 (NKJV): Trust in the Lord, and do good; Dwell in the land, and feed on His faithfulness. Delight yourself also in the Lord, And He shall give you the desires of your heart.

Trip started with our arrival in Seattle. Have you ever heard me complain about airlines? The trip both going and coming home were ridiculous, flight delays, misplaced baggage, etc.

Breakfast however with Don and Shaida made up for most of it 😊. They allowed us to spend the night both coming and going and also picked us up at airport, took us to get RV. It was a blessing. 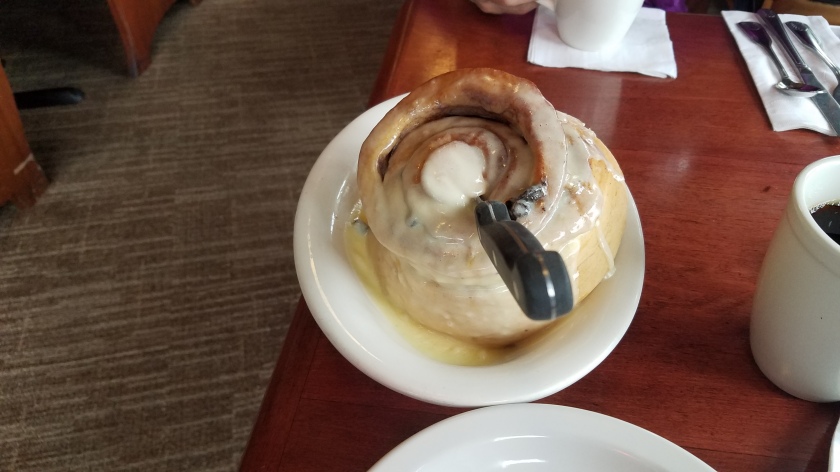 RV rental started on the 18th. This is the second time we have rented an RV through MotorhomeRepublic.com. They are some kind of broker from New Zealand and they get you better deals than you can get from the actual place where you pick up the RV. (Our rental cane from Apollo RV rental in Tacoma.) It’s weird but give them a try. Best deal I could find. Did the same thing in AK when the old RV was getting a trannie and we had a “ferry” ticket already paid for.

First night out was spent in Spokane. Guess I didn’t take any pictures. I’m going to have to get some pics from Gail.

Made it to Missoula on the 18th. One more beautiful place! 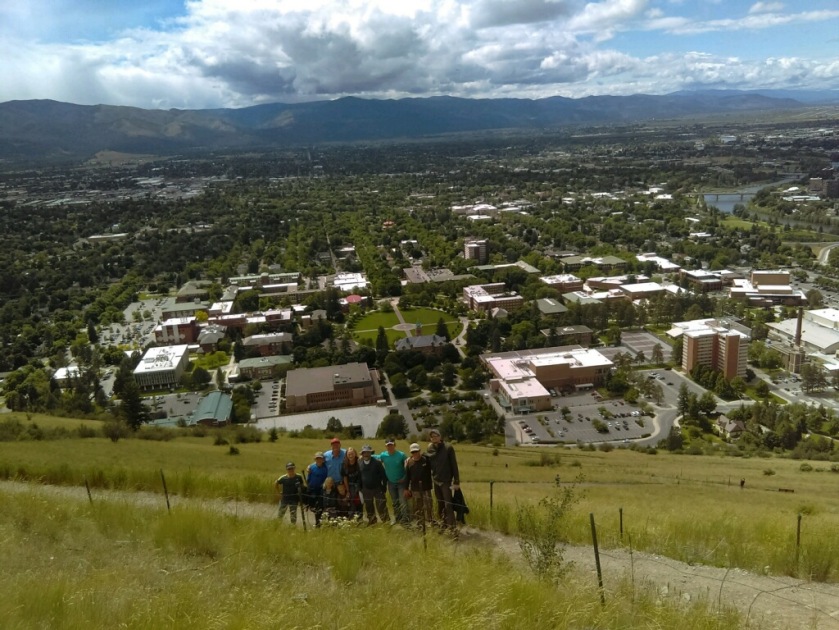 We had RV reservations for the 19th – 23rd at Beavertail Hill State Park. It was about 30 minutes east of Missoula on the Clark Fork River. Very nice if a little unusual site layout. This was our backyard.

They have their own names out west for flies I forgot this one.

There were three main reasons for our trip. The one that pushed us over the edge was an invitation to meet up in Missoula for one stop of the Wild West Tour. Several of our dearest friends were participating in Pro-Life Ministry in a number of western states. We had to help!

This from the Jellystone Park outside Missoula. Great place of ministry in its own respects. About 29 of us (20 children) spent a couple of nights here.) 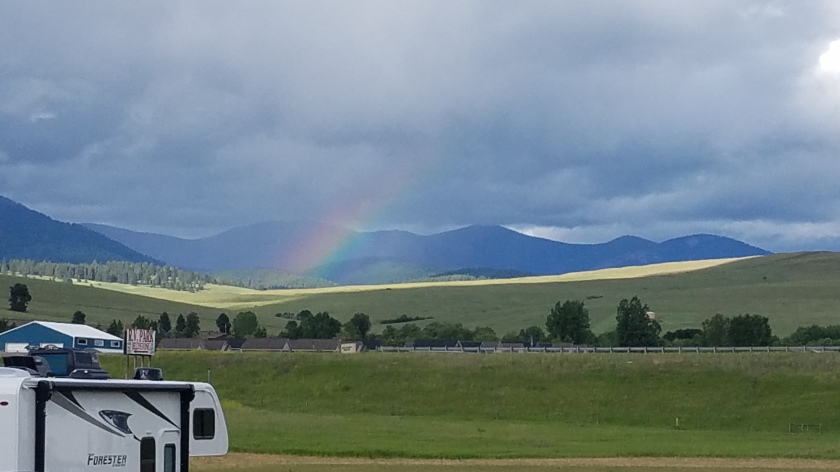 Outside the mill in Missoula.

Made it to the M! One mile hike straight up!

A second reason for the trip was to go to church with Cole, Abby, Eloise, and Eva or is that Ava? It was great! Our fist time to meet Cole and the girls , but Lord willing, not the last. More on that later. Pastor preached a great message on Ananias and Sapphria and not holding out on God! 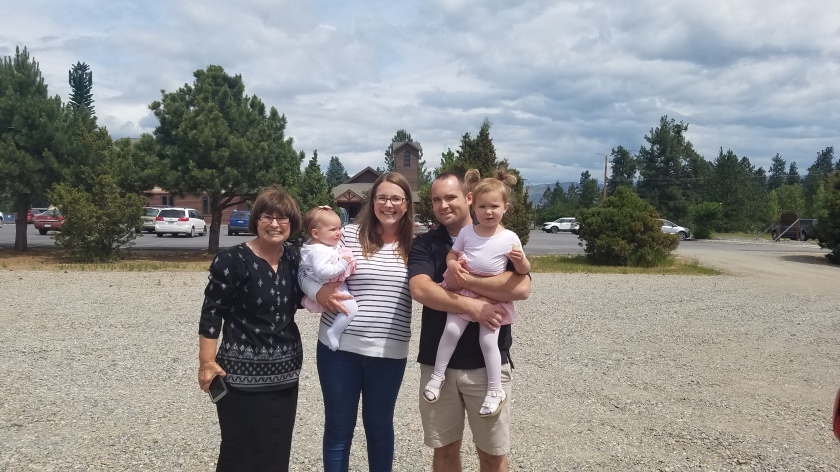 Well the third reason for the trip was to do a little fishing and scouting for future trips. The scouting was better the the fishing! Rock Creek was suppose to he the ticket but I missed mine. The “hatch” (Stone flies and Salmon flies had moved up stream and the fish with them. And the water was still pretty high from the snow melt. The first 11 miles of the road was paved. After that it turns to gravel and is not suitable for RVs. I only fished there for half a day. Caught two nice suckers! B, H, H…

Mark 1:16–18 (NKJV): And as He walked by the Sea of Galilee, He saw Simon and Andrew his brother casting a net into the sea; for they were fishermen. Then Jesus said to them, “Follow Me, and I will make you become fishers of men.” They immediately left their nets and followed Him.

The Lord gave us many opportunities to fish for men! There was Bill and a chance to pray for his critically ill daughter Elena.  And talking to Mike,  a Believer, from AL who I met on the banks of the Clark Fork. Used to live in Jackson and Dr. Beverly McMillian delivered his second child! It really did  did happen! RTR… (Ouch)  And especially Eric at Apollo RV.

On a whim we decided to go north to Helena and the MO river. We are very glad we did. Really billions of years?

Only God could do this! And it did not take billions of years.

Amos 4:13 (NKJV): For behold,
He who forms mountains,
And creates the wind,
Who declares to man what his thought is, And makes the morning darkness,
Who treads the high places of the earth
The Lord God of hosts is His name.

The Missouri River has several dams on the upper stretches. Very different. Large but wadeable on the edges. Lots of big fish. Two of which broke me off. This was the only day I fished all day. I just couldn’t find the right touch. 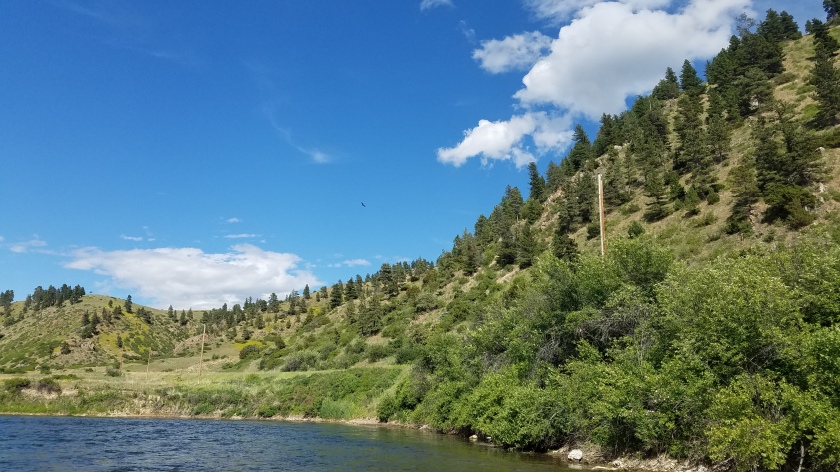 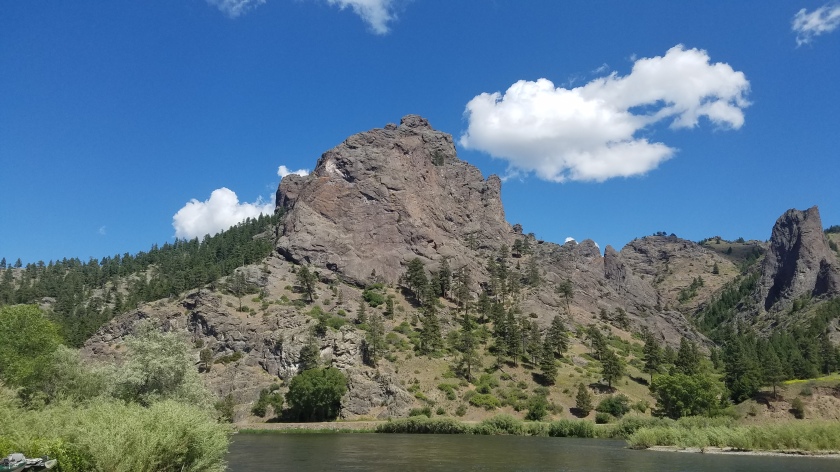 We stayed at a private campground outside of Craig the first night and Holter Lake the second night. (Insert picture from Gail 😊.)

We spent the 26th back on the Clark Fork again only this time between Superior and St. Regis west of Missoula. Had a great lunch at Durango’s in Superior and another round of Huckleberry ice cream in St. Regis. St. Regis is a quaint little tourist trap but we loved it.

We made it back to Seattle on the 27th and stayed in the KOA across from some monster Amazon building.

But the trip was far from over.

Ephesians 3:20–21 (NKJV): Now to Him who is able to do exceedingly abundantly above all that we ask or think, according to the power that works in us, to Him be glory in the church by Christ Jesus to all generations, forever and ever. Amen.

Here is what God can do. Not only did we get to see Abby and her family but her sister McKenzie, our niece, and her son Carson were in Seattle from South Carolina, Cody had to work. It had been about 6 years since we had seen them. We had a great time. 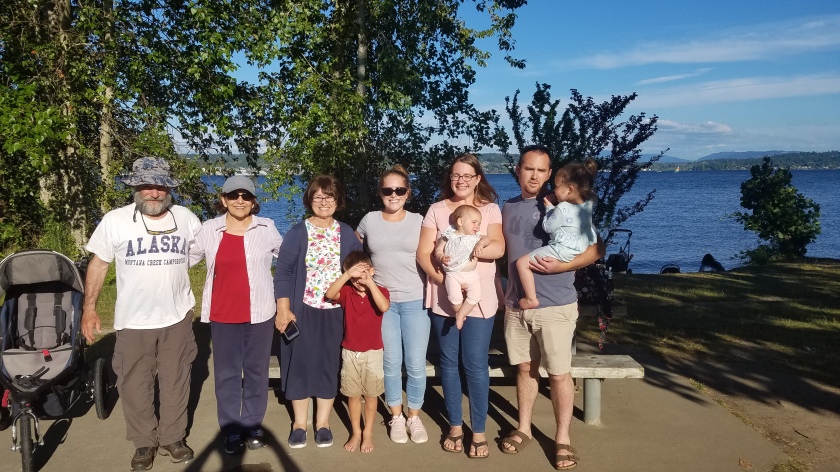 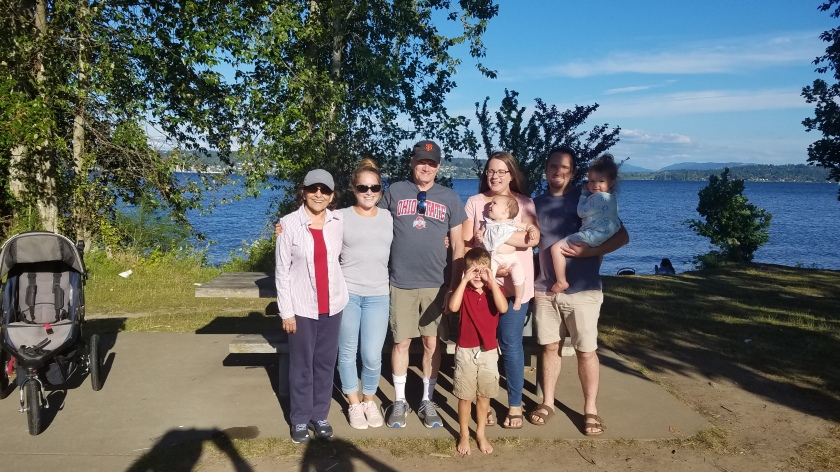 Well all good things must come to an end. Our flight was scheduled to take off at 11:50 pm Saturday the 28th. They kept putting  the flight off until finally they put us on a different airline hence the delayed baggage. 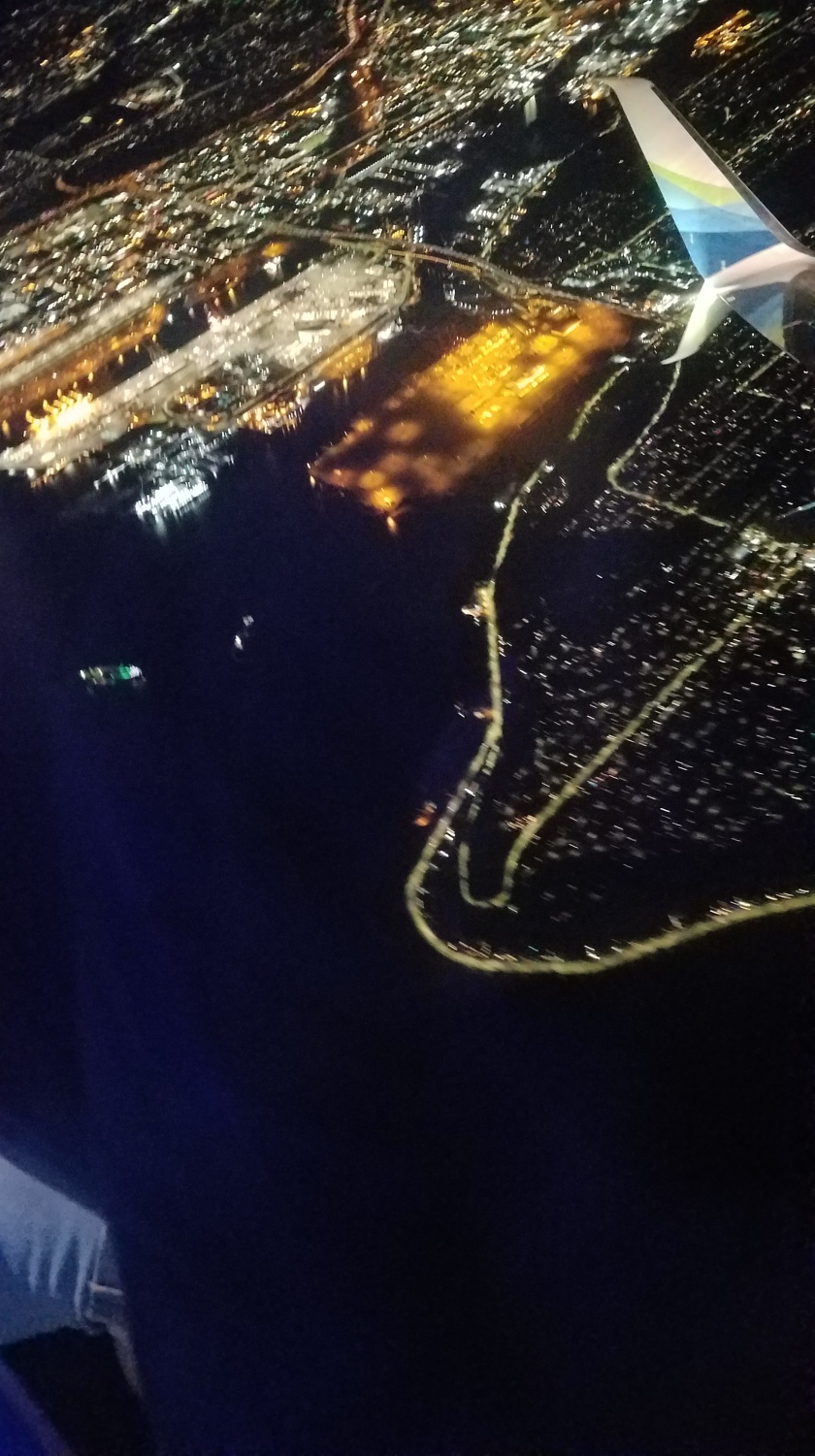 But as they say, “All’s swell that ends swell,” and that it did.

(Not proof read by Gail yet.)